A campus landscape plan for the south portion of the college grounds by noted Indianapolis landscape architect and urban planner Lawrence Sheridan compliments the Beaux-Arts Classicism of the district. Based on the City Beautiful Movement, it led to the establishment of a number of landscape features. Most notably, a sunken garden with brick walls and stone caps is on the east side of the Avenue, in front of Le Fer Hall. While they appear to have been executed per the plans, the pool has been filled and is now a turf panel. Sheridan’s design is reminiscent of formal French chateau gardens of the 16th and 17th centuries. 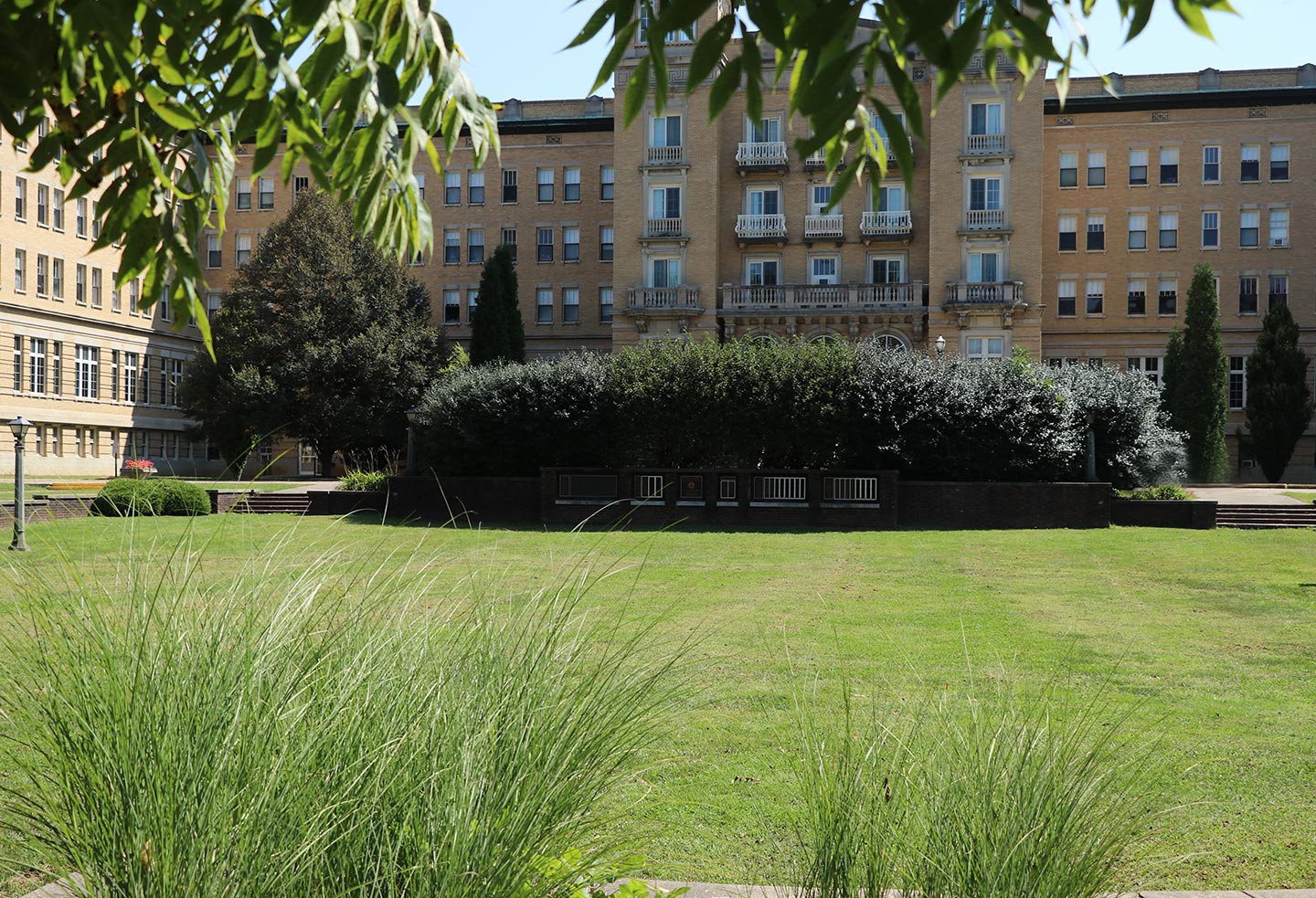