“We’ve always known The Woods to be a special place which has touched and changed many lives for generations. Now, the nation has recognized its significance and we are incredibly proud.”

The Sisters of Providence

The Sisters of Providence is community of Roman Catholic women religious (vowed sisters). They live out Jesus’ radical Gospel message by dedicating their lives to love, mercy and justice. The Sisters of Providence collaborate with others to create a more just and hope-filled world through prayer, education, service and advocacy. They minister across the United States and in Asia. Learn more

“When people visit Saint Mary-of-the-Woods for the first time, they are always overwhelmed by its beauty and peacefulness. It is a place made sacred not only by the beauty of the buildings and the environment but by the people who have walked here, the spirituality that has been shared here, by the work of education and now health care that takes place here.” 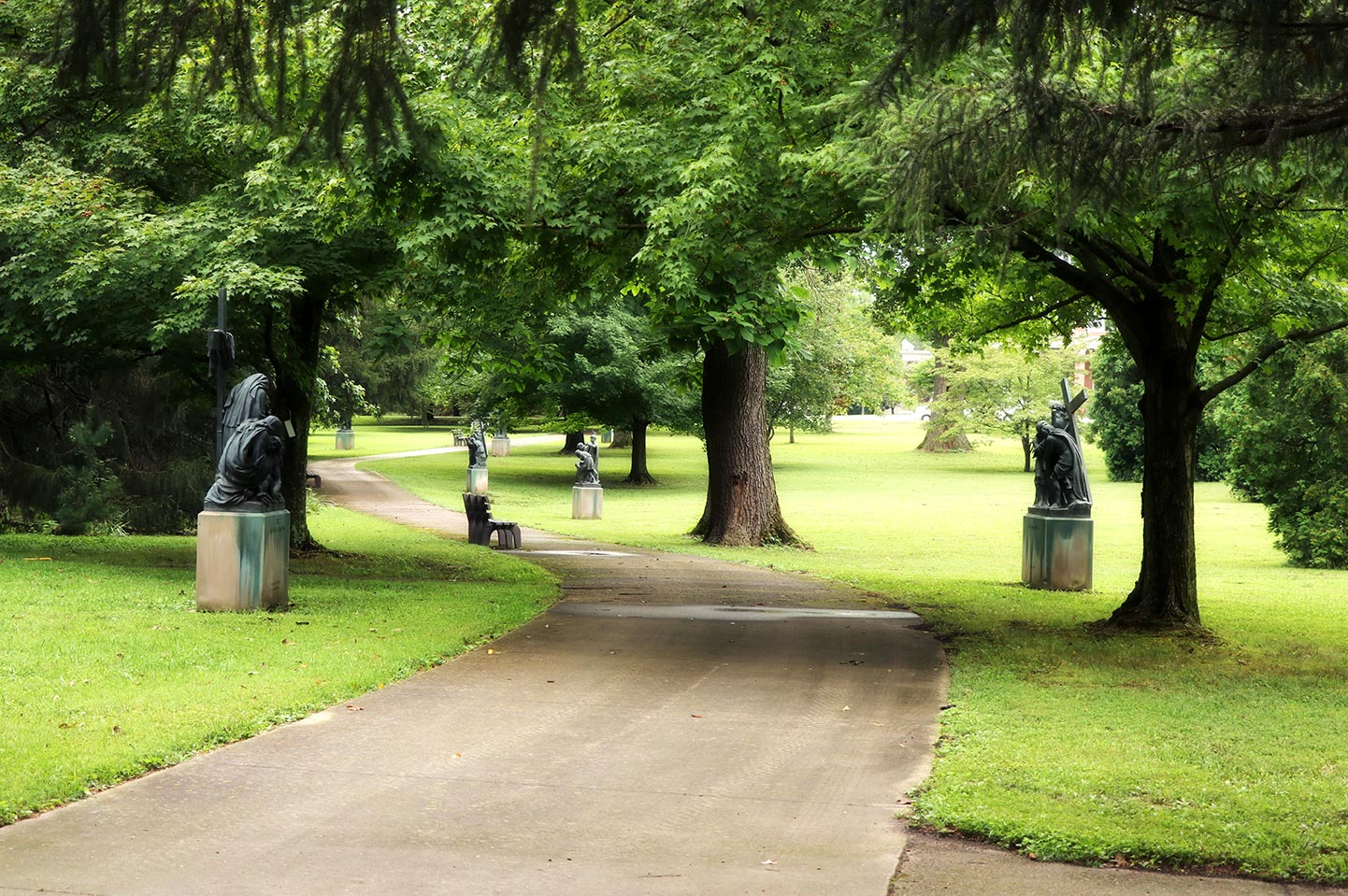 Following his formal education in architecture at University of Holzminden, young Diederich Bohlen hiked across northern Germany and Poland, studying and sketching construction methods. In 1850, the 22-year-old left his native Germany for the United States. Once in the U.S., he worked for various firms, including Francis Costigan, the top Indianapolis architect. In 1853, he opened the firm D.A. Bohlen in Indianapolis. One of his first clients was the Sisters of Providence at Saint Mary-of-the-Woods, Indiana, who hired him to replace the original Academy building in 1854. The new building (later named Foley Hall) was completed in 1858, introducing the German neo-Gothic style called Runbogenstil, or round-arched style, in Indiana. Other early works at Saint Mary-of-the-Woods included a convent building and Corbe House.

D.A. Bohlen and Son gained prominence in Indianapolis and around the state. Oscar’s son August joined in 1910. In his 60-year tenure at the firm, their work spread to major cities in Ohio, Michigan and Missouri. August co-authored Indiana’s first building codes and designed Rooney Library, Hulman Hall, and Owens Hall at Saint Mary-of-the-Woods. By 1946, August’s son Robert became the fourth generation architect in Bohlen and Son. Robert’s best-known work is the art deco Lilly Endowment Building in Indianapolis.

Bohlen and Son was said to have “a sturdy, eclectic design of good proportion and fine detailing.” Indianapolis’ City Market, the Majestic Building, French Lick Springs Hotel, and the Gothic Chapel at Crown Hill Cemetery are among their many works still standing today. Over 40 are on the National Register of Historic Places. The firm changed names to Bohlen & Burns in 1961 and became Bohlen, Meyer, Gibson in 1970. It was purchased by Schneider Corporation in 1990.